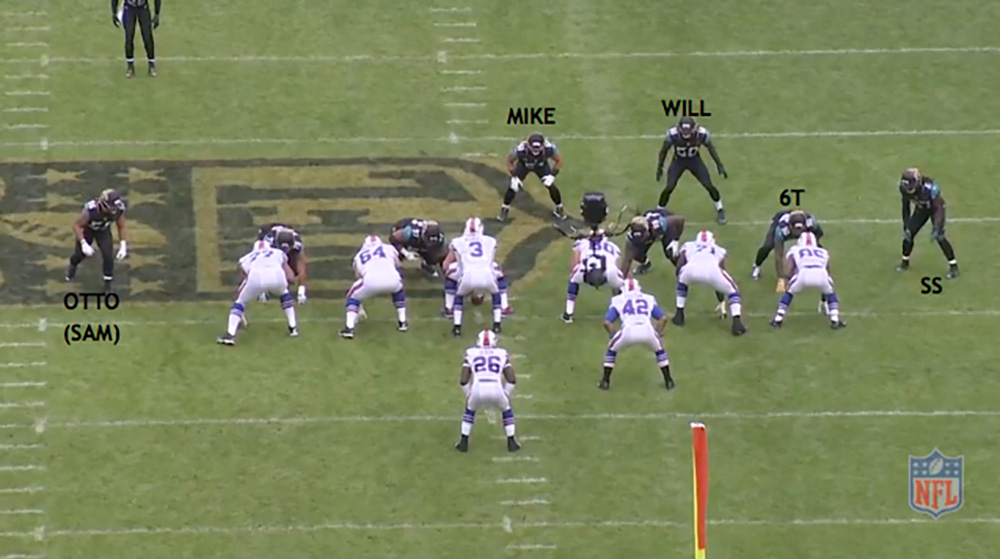 Another year, another defensive coordinator.

The difference this year is the 49ers’ new DC, Robert Saleh, will bring an entire new 4-3 scheme to the team. Saleh comes from the Carroll/Bradley/Quinn school of 4-3, which in many ways, isn’t a 4-3 at all. Saleh is a first-year coordinator with no direct track record to analyze, but what he’s learned from these 4-3 innovators will likely be incorporated onto the field at Levi’s this year.

When Shanahan was recently questioned about the 49ers’ move to the 4-3, he said, “Yeah, it’s a 4-3. I think all that is such semantics, to tell you the truth. Seattle has a linebacker on the ball every single play. So does Atlanta. That’s five guys on the line of scrimmage. So whether you call it a 4-3 or a 3-4 – for the most part, we call it a 4-3…It’s the same type of fronts. 3-4’s, sometimes they one-gap, sometimes they two-gap. But we plan on having a linebacker on the ball, and that’s five guys on the line of scrimmage. Depending on how our personnel plays out, I’ll have a better answer for you on what you want to call it.”

To his point, the 49ers’ defensive alignment under Vic Fangio often was nearly identical to a 4-3 Under Hybrid – “Hybrid” meaning some defensive lineman two-gap (the 3-4 standard), and some lineman one-gap (the 4-3 standard). Carroll and Co. also run a 4-3 Under Hybrid, with additional wrinkles, as well as a modified 4-3 Over Hybrid. The differences, however, are important, and focus on bringing additional defenders towards the line of scrimmage.

Here’s an example of 4-3 Under, which looks similar to a 5-2, with the LEO DE on the weak side and the SAM LB on the strong side LOS. This is the type of 4-3 Under you would expect to see against 21 personnel: 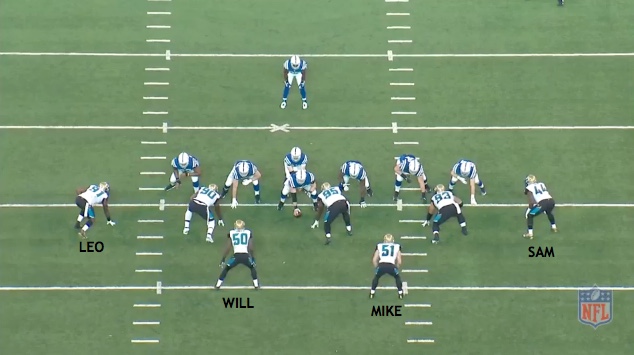 Here’s how their 4-3 Under actually lines up against 21 – bringing the SS up into the box creates more of a 5-3 look: 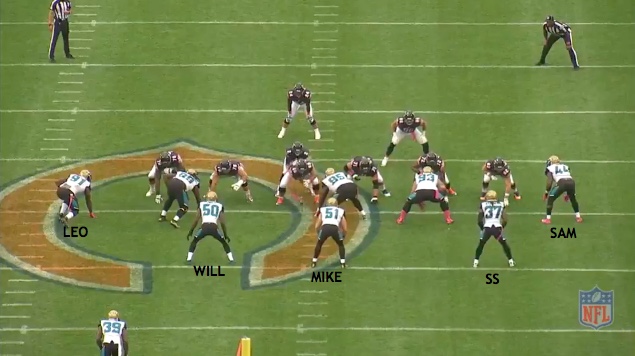 The objective in this scheme is to load the box, and to move defenders up towards the LOS to own the edge. The same goes for the 4-3 Over, which traditionally includes a three-LB stack: 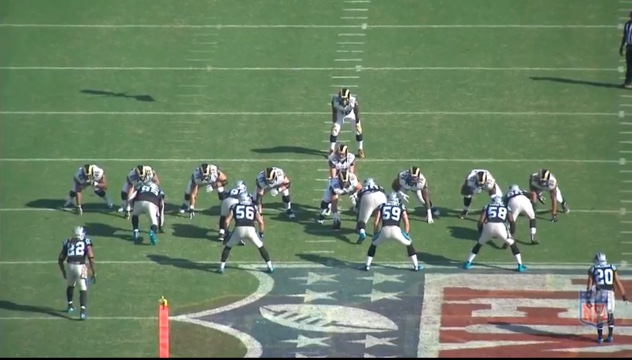 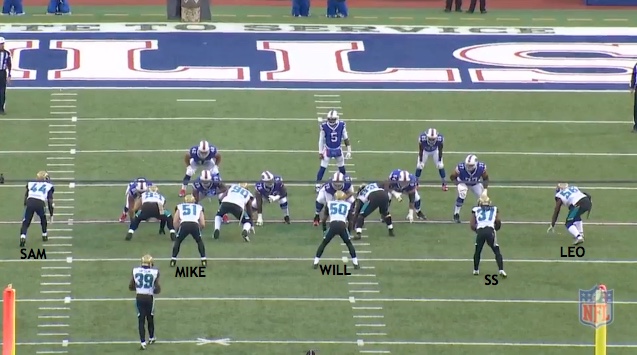 Recently, Bradley replaced the SAM position with the OTTO. Like the SAM, the OTTO is usually on the LOS, but can line up on either side of the formation, and has many of the same responsibilities as a 3-4 strong side OLB. When the OTTO lines up on the weak side, defensive coordinator has a number of options for the LEO. The LEO can line up on the strong side: 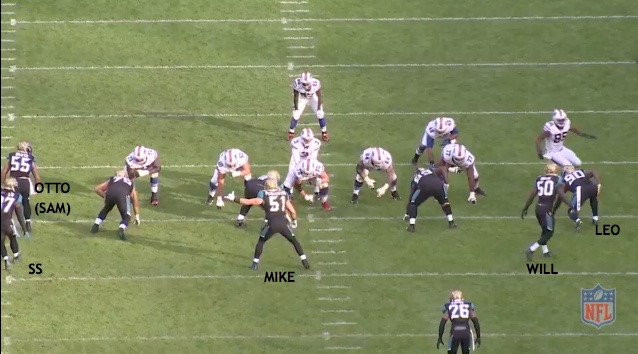 When lined up on the strong side, the LEO can kick inside: 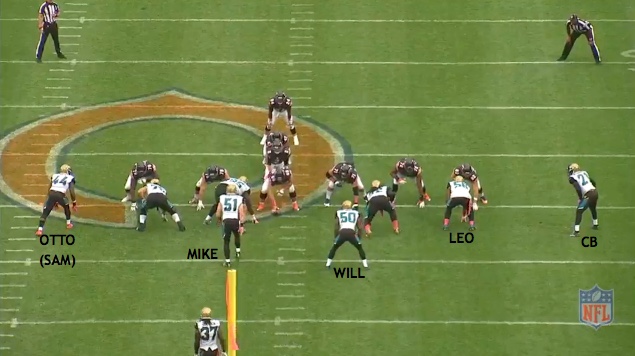 The LEO can also be switched out with a different lineman, like a “Big End” playing 6-technique:

Next, we’ll take a look at some idiosyncrasies of this defensive scheme, and some problems it creates for opposing offenses.

49ers have defensive reinforcements coming, but do they need them right now?

Winners and losers from Week 4: Schedule the Rams every week after a loss

Shanahan on Jimmy G versus the Rams: “He played pretty good.”