After the 2017 NFL regular season, I performed a study on the Jimmy Garoppolo Effect — the effect that the San Francisco 49ers’ new quarterback Jimmy Garoppolo had on the 49ers’ offense during the 2017 season. The study focused on three key offensive statistics that are indicators of a potent offense: yards-per-drive, points-per-drive and scoring percentage.

I detailed the results of the Jimmy Garoppolo Effect study in two articles:

Here are a few key excerpts from the articles:

“With quarterbacks Brian Hoyer and C.J. Beathard under center, the 49ers averaged just 26.6 yards-per-drive, which is still an improvement over the previous year. But once Garoppolo was handed the reigns, the Niners’ numbers skyrocketed to over 42 yards-per-drive — more than both the top-ranked Patriots, and even Shanahan’s 2016 Falcons.” 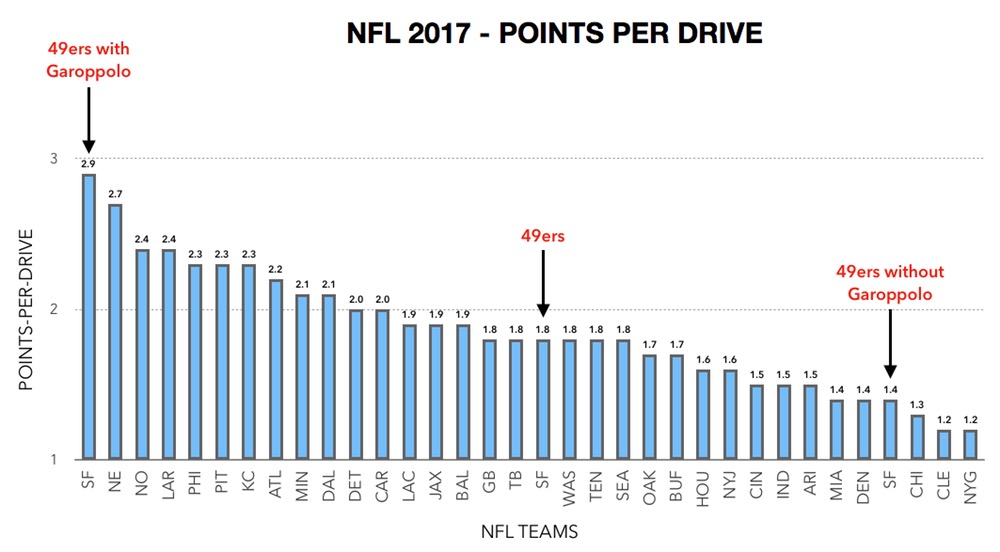 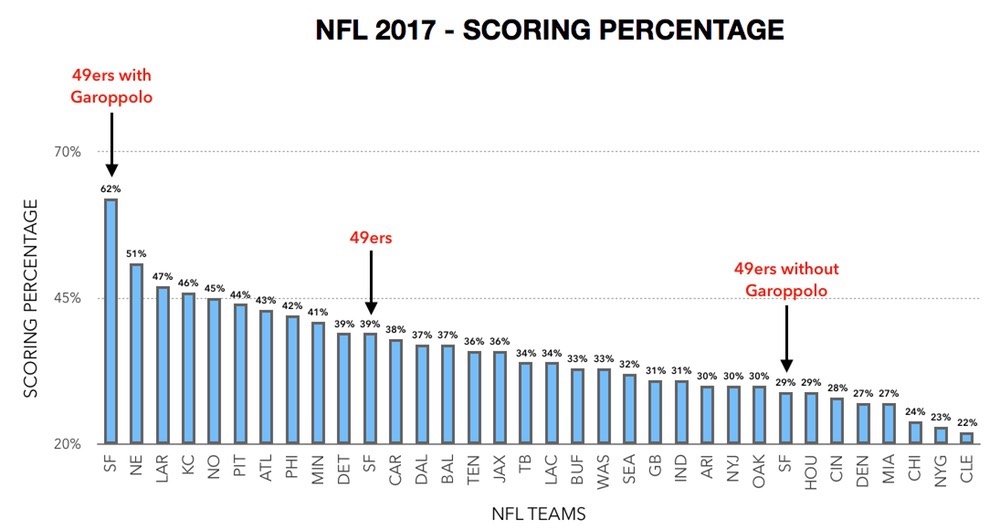 The results of the Jimmy Garoppolo Effect study — particularly the above charts — went somewhat viral among the 49ers, NFL and fantasy football communities. Feel free to use any of the information included in the study — including the above charts; and sourcing is always appreciated.